My work as a luthier is not limited to the workshop, but includes the investigation of historical source material, musicology and history within the context of my practical work. The following article provides a brief insight into my current research area.

“A luthier comes across a treasure” could be the title of this chapter of music history, a chapter which has much to do with light and shadow, on the composer and guitar virtuoso Antonio Jiménez Manjón, born in 1866 in the Andalusian town Villacarillo and died on January 3, 1919 in Buenos Aires.

In 2007 luthier Claus Voigt, who as the ninth generation in the Voigt family dynasty has a special understanding of historic instruments, was shown a photograph that greatly intrigued him. The photo from the guitarist José Francisco Ortiz was of a previously unknown historical 11-string guitar.

Claus went to Spain to see the instrument, and realized it was from the workshop of Antonio de Torres Jurado (1817-1892), the Stradivari of guitar makers. The discovery was extraordinary. “In all publications and catalogs only three preserved 11-string Torres guitars were previously recorded. Here was a fourth,” explained Voigt, “and it came from the estate of Antonio Jiménez Manjón.“

Who was Manjón? Now it was the musicologist Dirk Buhrmann who encouraged by Voigt began to investigate. At first he met with little success. The ten-volume Diccionario de la Música Española y Iberoamericana had an informative but brief article. Gradually however Buhrmann discovered other sources which indicated that Manjón must have been a veritable star of the music world of his time, a celebrated guitar virtuoso and well-known composer but whose name and work had not survived his death.

Existing editions included the 1994 publications of Manjon‘s best-known compositions for solo guitar, “Aire Vasco“ and “Leyenda“ which had been recorded by David Russell in 1986, and the 1996 Alan Rinehart collection of 45 guitar pieces, including many first editions. Belgian guitarist Raphaëlla Smits released a CD of exclusively Manjón’s guitar music (1998) and José Francisco Ortiz recorded two CDs of his works for the six-string guitar. Combined with magazine and internet articles it became clear that Manjón was not only a leading guitarist of his time, but also a pioneer of the renaissance of the 20th century classical guitar.

Manjón’s grandchildren (who prefer to remain anonymous) allowed Buhrmann to peruse the entire collection which was found to contain contemporary newspaper articles, concert reviews and numerous manuscripts of unpublished compositions. From the articles it appears, among other things, that Manjón performed the Bach Chaconne in Madrid in 1913, twenty years before Andres Segovia.

Claus Voigt organized a Manjón concert tribute for October 6, 2011 in the concert hall of the Cervantes Institute in Munich. With the support of the Spanish Cultural Institute this became the guitar concert series Guitarrissimo, which included research presentations and performances by the guitarist Radmila Besic on a perfect reproduction of the Torres guitar, made by Voigt in dedication to the Manjón grandchildren and Ortiz.

The performer of the Guitarrissimo concert was Professor Hans-Werner Huppertz of the Hochschule für Musik Aachen (University of Music, Aachen) who performed on 6-string guitar Manjón’s Three Mazurkas, Etudes in B flat major and G minor, Aire Vasco, Tu y yo, Por qué?, Vals, and Brisas for violin and guitar. This was followed by performances of works for the 11-string guitar, including Prelude in A major, Etudes in D major and A major, and String Quartet in G minor, with the Cambini Quartet of Miguel Simarro and Elisabeth Einsiedler (violin), Lothar Haass (viola) and Suhli Lohse (cello), a work not heard in over fifty years.

The imaginative wit and formal perfection of the music, particularly those pieces for 11-string guitar, made all involved wish to know more about the composer. What has now been learned of his biography would make for an excellent novel or movie. Antonio Jiménez Manjón, born in Villacarillo, a small, village in northeastern Andalusia, was blinded at only 13 months. Nevertheless, or perhaps even as a result, he developed outstanding guitar playing skills at a very young age, being taught by his parents. Age of 12 he had mastered the guitar so well that he undertook concert tours in Spain and Portugal. In Lisbon he played for the Portuguese King Fernando II. Two years later he went to Paris, ostensibly alone and with little money, where he met composers Ambroise Thomas and Charles Gounod, both of whom promoted him.

Manjón studied at the Paris Conservatory, playing violin in string quartets but became particularly known as a guitarist, hailed in the press as the “Paganini of the guitar” and most likely at this time performing with Pablo Sarasate and Camille Saint-Saëns. At age 21 he returned to Spain where he was invited by the royal family to perform a concert at the Palacio Real in Madrid and then appointed honorary professor of the Conservatory.

Even in those early years Manjón performed on an 11-string guitar, a creation of the luthier Antonio de Torres to give the guitar sound more volume and depth in the concert hall – again, decades before Segovia. It was upon hearing Manjón‘s concert in Barcelona in 1888 that the young Miguel Llobet decided he wanted to become a concert guitarist. Manjón continued to tour, through Spain, France, Germany , Belgium, England, then across the Atlantic to New York, Argentina, Chile, Uruguay, Perú , Panamá, Venezuela, Cuba, Mexico and Guatemala. It is worth noting that these immense tours took place before the ease of plane and car travel.

In Argentina Manjón decided his days as a traveling musician had ended. From 1902 he remained there with his family, concertizing, composing and teaching. He founded a Conservatory which would go on to develop the talents of significant and famous guitarists, in particular Agustin Barrios Mangore who took lessons from Manjón. At the same time Manjón  wrote the first two volumes of a method for 6- and 11-string guitar, and published a number of compositions for the first time.

Manjón expressed surprise that the 11-string guitar was not gaining more popularity in an article on February 15, 1903 for the magazine Montevideo Musical. He wrote that Torres invented the 11-string guitar to not only enlarge the range but also the sound, as the five additional strings increase the overall tension. “The six of (what we call) the Sor guitar retain their original mood. Therefore, it is even less understandable that almost no one learns the new guitar as in it the six-string is included, just as the piano contains the range of the old clavichord.”

Whether on 6 or 11 strings, Manjón defined the guitar scene in Argentina. Years later, the careers of Llobet, Pujol and Segovia benefited from their reception by the audiences in the La Plata region. Two years before the First World War, Manjón returned one final time to Europe for a concert tour of Italy, France and Spain. He planned to spend the  remainder of his life in his old home however it was not to be, nor was a planned edition of his works he had hoped to publish in Germany. On January 3, 1919 Manjón died in Buenos Aires.

The canon of 19th and 20th century guitar works has been greatly enriched by the discovery of Manjón’s life work.His music combines compositional skill with inspired and inspiring classical, romantic and salon music. The impressionistic influences mix with Andalusian and Latin American flavour resulting in works that are worthy of being brought back to light.

The majority of Manjón‘s guitar music is written for the 6-string, but the renaissance of the Torres 11-string lies with Claus Voigt. Voigt is completely convinced of this instrument: “If once you had such an instrument in your hand, you would put away the 6-string… The depths of this 11-string Torres sound like a cello, the center like a viola, the upper range like a woodwind instrument such as a clarinet. For those who are seriously concerned with this guitar, success is inevitable.”

Click here to listen to the Voigt Torres Manjón guitar. 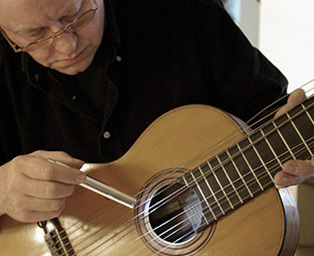 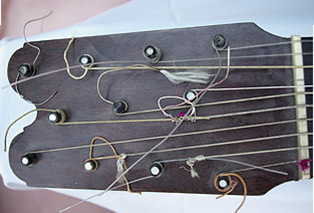 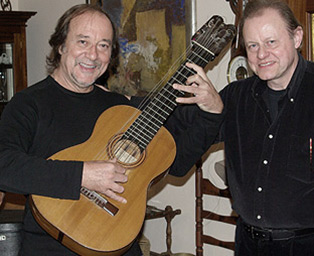 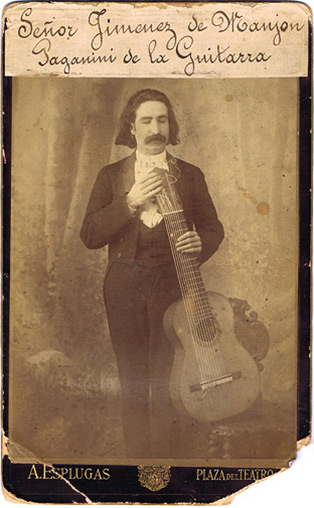 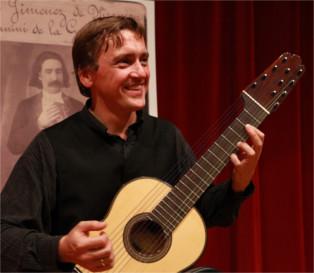 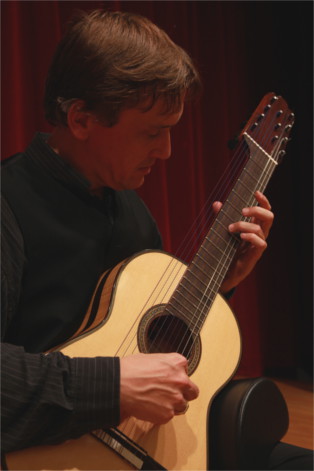 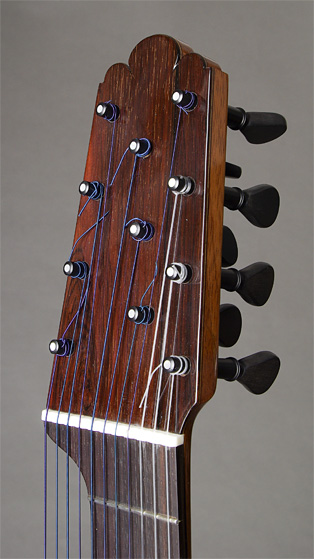 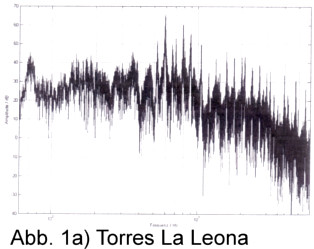 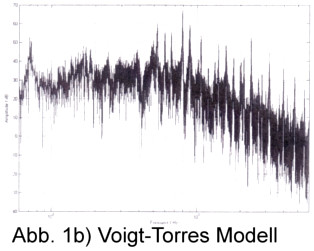 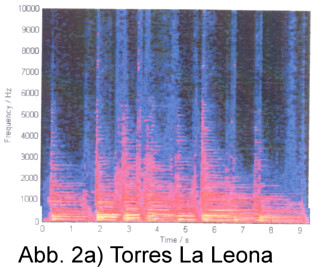 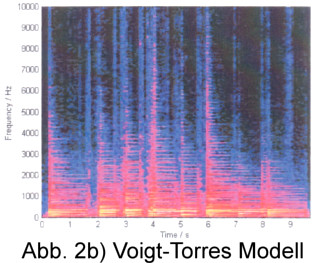 A letter from Hermann Hauser II to Kurt Voigt, February 9, 1953.

To see a higher resolution of this document please visit our gallery page.

Dear Mr. Voigt,
Thank you for your kind words. My father used to speak of you, especially when an instrument built by you came in for repairs. He then always said that you were one of his favourite apprentices.

Here is the address of the Swiss company. Maybe you can reciprocate with an address in West Germany. Do you have children that will help you in the operation? The address is Anton Smetak Zurich 6/33 Nelkenstr. 26. You can appeal to me. I am pleased that you want to keep stamps of the Eastern Zone (GDR) for me. I couldn’t get any stamps from there and they are publishing so many special stamps. 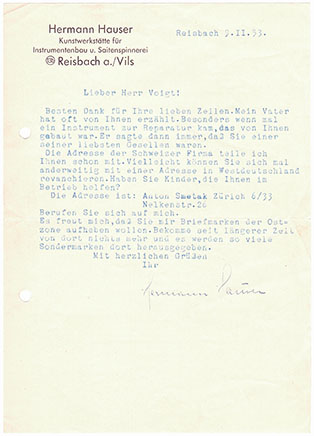